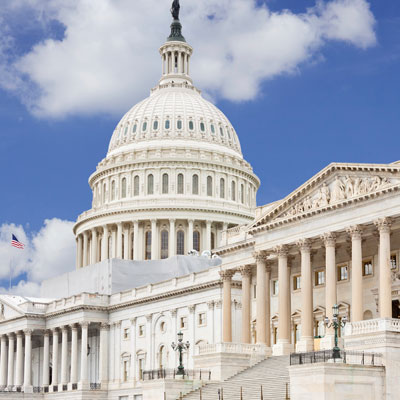 The well-publicized measles outbreaks In Washington, New York, and Texas have inflamed the debate over vaccines.

In recent months, we’ve seen a number of states introduce legislation that would either partially or entirely remove vaccine exemptions. California Congressman Adam Schiff introduced a resolution in the House of Representatives stating the importance of vaccines. And in the latest chapter, last week I attended the Senate Health, Education, Labor, and Pensions (HELP) Committee hearing on preventable disease outbreaks.

Fortunately, there is still no proposed bill that would mandate vaccines from the federal level, but the pressure is climbing for lawmakers to act.

We at Parentalrights.org do not take a position on the medical efficacy or safety of vaccines. What we do believe is that medical decisions should be made by families – not politicians on Capitol Hill.

There are few rights as fundamental as a parent’s right to direct the upbringing of their children. Whether that’s in regard to education or making informed medical decisions, when it comes to kids, parents know best – not the government.

The “fact-gathering session” titled “Vaccines Save Lives: What is Driving Preventable Disease Outbreaks?” was, as the name suggests, primarily a pro-vaccine hearing that focused on the effectiveness of certain vaccines. It featured five witnesses, four of whom were either licensed medical doctors or have decades of medical experience.

The fifth was Ethan Lindenberger, a high school student who has captured the attention of the media for getting vaccinated against his mother’s wishes. All five testified in favor of vaccines.

While no one suggested mandating vaccines from the federal level, the tone of the hearing was clear: the committee members and witnesses believe vaccines are an unequivocal societal good and anyone who disagrees poses a threat.

Sen. Alexander (R-TN), Chairman of the HELP committee, opened the hearing by saying that “we know that some Americans are hesitant about vaccines, so today I want to stress the importance of vaccines: not only has the Food and Drug Administration found them to be safe, but vaccines also save lives.”

Sen. Murray (D-WA), ranking member on the HELP committee, echoed Alexander’s statement. “These outbreaks are a clear sign we have to do more to address vaccine hesitancy and make sure parents have the facts they need to understand the science: vaccines are safe, effective, and life-saving.”

Much of the discussion between the committee members and witnesses focused on the benefits of vaccines and possible ways to increase vaccination rates, such as funding for vaccine education programs and solutions to make expensive vaccines more readily available. No one was seemingly interested in what may make some parents “vaccine hesitant,” just in how to make them less so.

The most alarming part of the hearing was the testimony and questioning of Lindenberger. Once he turned 18, he decided to get vaccinated, despite his mom being against vaccines. As a legal adult, it was fully within his right to make that decision. But the committee chose to elevate his testimony to the same level as the expertise of longtime-medical professionals, simply because his choice to go against his parents’ beliefs agreed with the committee’s agenda.

In so doing, the Committee communicated that parents’ opinions are only valid so long as they conform with the government’s.

One Voice for Liberty

The lone voice clearly in favor of liberty was Sen. Rand Paul (R-KY), himself a licensed medical doctor . While he believes in the benefits of vaccines and has vaccinated all of his own children, he disagrees with the notion that it is up to the federal government to make that decision. He stated that “I believe that the benefits of vaccines greatly outweigh the risks, but I still do not favor giving up on liberty for a false sense of security” (emphasis added).

He pointed out that “this may be the only medical procedure in the modern world where informed consent is not required.”

Had the HELP committee been interested in a true fact-finding hearing, they could have listened to opposing opinions from individuals just as highly qualified as those present at the hearing.

For example, the Association of American Physicians and Surgeons recently sent a letter to the House Energy and Commerce Committee, stating their opposition to federally mandated vaccines. The letter suggested that “a public health threat is the rationale for the policy on mandatory vaccines. But how much of a threat is required to justify forcing people to accept government-imposed risks?”

Instead, the hearing was entirely one-sided.

As Federal Relations Liaison, it is my job to keep an ear to the ground in the halls of Congress, and that includes what is said in a committee hearing related to parental rights.

In combating those we disagree with, it is crucial to have accurate information. The alarmist rumors that Congress is about to pass a vaccine mandate are overstated. As I mentioned, there is currently no bill in Congress that would mandate vaccines.

But conversations are happening, and many are not favorable to parental rights. We are prepared to stand with you whenever the freedom to be a parent is threatened. 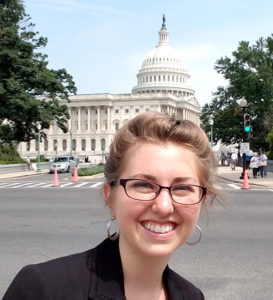