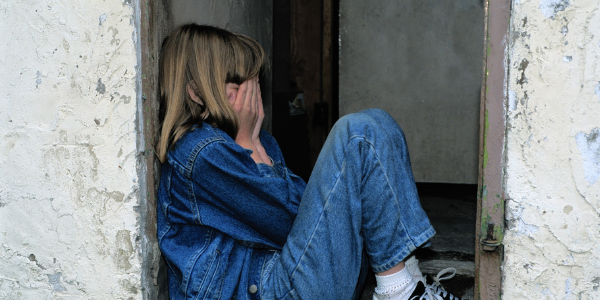 [Editor’s note: The following is originally from our sister site, ParentalRightsFoundation.org.]

I’ve been fighting for parental rights for over ten years, and you might be amazed to hear what I’ve come to believe is the biggest threat to parental rights.

Because the biggest threat to the legal rights of families in America today isn’t that more than 2,000 children are removed from their families every three days over allegations of abuse or neglect.

It isn’t that an investigator can remove children and rip families apart without a judge first hearing the case or issuing a warrant.

It isn’t that five of every six child welfare investigations are ultimately unfounded or unsubstantiated.

The biggest threat to families in America today isn’t that so many hospitals accuse innocent parents of “medical neglect” just for wanting a second opinion.

It isn’t that hospitals routinely seize custody of children over disagreements with the parents regarding the child’s diagnosis or medical care, or that they’re licensing “child abuse pediatricians” to lend an aura of medical credibility to circumstantial evidence against parents of sick or injured children.

No. The biggest threat to the legal rights of families today is that people don’t know these things are going on.

In a moment, I’ll explain what we’re doing to fix that problem and how you can be part of the solution today.

The People They Don’t Know

Most people have never heard of Corey Widen, the mother who had DCFS called on her because she had the audacity to allow her eight-year-old daughter to walk their dog around the block. There were no signs of abuse or neglect, but that didn’t stop DCFS from interviewing family, friends, and neighbors in a process that would take weeks to resolve.

People don’t know about Hope, the New York mom whose name was on the state’s child abuse “central register” for more than a decade because of a false report of neglect stemming from an ugly divorce. They don’t know that, although her child welfare case and all criminal charges were quickly thrown out, her name was added to the registry anyway.

People don’t know about Isaiah Rider or Justina Pelletier: two teenagers, two hospitals, two different states. Two difficult diagnoses, and two families doing all they could to help them. Two innocent children who were harmed both physically and emotionally by our current child welfare system.

People don’t know how Lurie’s Children’s hospital in Chicago stripped sixteen-year old Isaiah from his mother because she wanted a second opinion on his care.

They don’t know how Boston Children’s Hospital (BCH) kicked out Justina’s parents when they believed her existing diagnosis of mitochondrial disease instead of being cowed into BCH’s “somatoform” (psychological) disorder diagnosis.

They don’t know BCH called in the state of Massachusetts to take custody of the teen, who went from relatively healthy, walking and skating, to using a wheel chair during her sixteen months in state “care.”

People don’t know about the young cancer patients being removed from their parents over decisions regarding chemotherapy. They aren’t aware that so many children are being forced to face the scariest days of their lives alone, without the comforting presence and support of their parents.

People don’t know—often it seems even the judges don’t know—that judges can issue a court order to take the choice about chemo away from the parents without taking the parent away from her ailing, terrified child.

People don’t know about Tafida Raqeeb, a desperately ill 5-year-old in Great Britain whose mother is fighting to save her from “medical experts” who believe it’s in the girl’s “best interests” to just let her die. Just like Charlie Gard and Alfie Evans before her.

People don’t know these nightmares don’t just happen to ‘bad parents,’ but to normal, good, loving parents like you and me.

They don’t know the cause behind all this suffering: that our government’s refusal to protect their rights has left their family at risk.

What People Who Know Don’t Know

You know who does know these things happen to good parents? The ones who have been there. The innocent families living the nightmare right now.

But even they are equally harmed by the things they don’t know.

Too many of them don’t know that even when a child welfare investigator is banging down their door they still have rights. They don’t know that their instinct is right; that being forced to stand by while an investigator strip-searches your child without a warrant is wrong.

They hear “professional investigators” tell them their children are better off without them, and some of them begin to think it’s true.

Because they don’t know what their rights are, or how to defend them.

And what all these people have in common—those living the nightmare and those who have never heard it exists—is that they don’t know this is a huge problem in America.

When I talk to them, people are shocked that they know so little about such a big issue. I hear it all the time: “Why is no one talking about this?”

But this is exactly why the Parental Rights Foundation exists: to educate America on the threats to parental rights and on the best policies to preserve our families.

Because what you don’t know can hurt you.

And what so many Americans don’t know about parental rights is exactly what’s causing so much pain to so many children.

If They Knew What You Know

If more Americans knew our government removes children from homes at a rate of more than 2,000 every three days, there would be an outcry against it. If they knew more than 80% of trafficked children came from the foster care system, they would demand change.

If they knew a child abuse “central registry” is a list of people accused of abuse—often without any evidence—and not of actual abusers, they would stop using those lists in hiring practices. And they would demand a better list they could count on, one with due process built in.

And that’s the problem.

Because until they care, we will never see the changes we need to preserve innocent families like Hope’s, and to save innocent children like Isaiah and Justina.

Until they care, we will not have the strength to stop the British atrocities against Alfie Evans, Charlie Gard, and Tafida Raqeeb from coming to our shores as well.

Until they care, families like yours and mine are not truly safe.

It is up to you and me to open their eyes, to educate them. If we do that, many will care and will take a stand to defend parental rights.

Do you remember when you first learned of the threats to parental rights in America today?

Remember that first moment you realized something must be done?

The truth is, an amazingly large majority of Americans still agree that parents generally know what is best for their child. We still recognize that, as a rule, “natural bonds of affection lead parents to act in the best interest of their child”—better than a teacher, a doctor, a bureaucrat, or any agent of the state.

That means if we can open their eyes, they’ll have the same kind of reaction you did.

Parents from across the political spectrum, from every race and creed, agree with us on the natural role of loving parents as a child’s first and best defense.

Americans of every stripe will stand with us to protect parents’ rights through good laws, good policies, even a good constitutional amendment. But we have to open their eyes.

Every month, the Parental Rights Foundation sends hundreds of thousands of emails and shares dozens of social media posts to raise awareness to the plight of families in America.

We write letters to policymakers and engage in debates and discussions with opinion influencers to defend the family by protecting parental rights.

Through all these efforts we strive to raise awareness, to open eyes, to let people know.

But we cannot do any of these things without the partnership of great supporters like you, supporters who know and want to make a difference.

Parental Rights Champion, can I count on you today to make your best gift of $35, $50, or even $125 to strengthen our efforts to open more eyes? Your investment will further the work of the Parental Rights Foundation to bring discussion and awareness of parental rights into every home in America.

Standing together, we can help Americans know what they don’t know—then take action to bring real change for families.

Thank you for working with us to shine the light of knowledge and understanding in the area of parental rights!

P.S. — America has a major parental rights problem because so many people just don’t know. They don’t know the dangerous trends of hospitals and child welfare investigators overriding parents with whom they disagree. They don’t know of the victims—Justina, Isaiah, Hope, and so many others—harmed by a system intended to protect. If we can open their eyes, we can build an army of people who care, who stand, who act to defend our families by preserving parental rights. Can I count on you to act – to give your most generous gift today and sustain our efforts to open their eyes?

Posted in All Nationwide Newsletters and tagged #ParentalRights, family, news
← When the Whole Court Can’t Be TrustedPositive Change Coming: A Report from ALEC Conference →