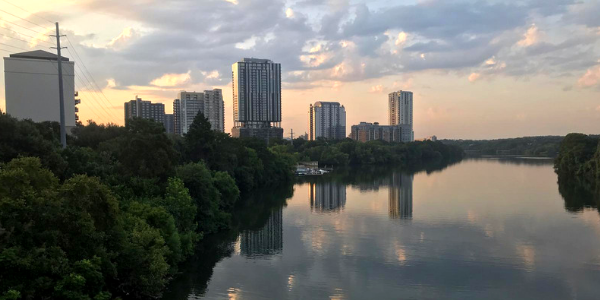 Changes are coming to a major legislative conference that will better protect your parental rights at the state level.

“There’s going to be a new subcommittee for [Health and Human Services] issues: CPS, parental rights, that sort of thing,” Maggie told me.

ALEC is a conference of conservative state lawmakers who gather to discuss legislation proposals they’d like to see promoted across the country. It’s a way for a lawmaker from Texas, for instance, to share his successful bill so lawmakers in Oregon, Oklahoma, and Mississippi can introduce it in their states as well.

To be presented to the council, though, a bill must first pass through the appropriate subcommittee, and this has been a sticking point for ParentalRights.org. Since ALEC is a conservative gathering, its committees are gathered around conservative-only themes, like fiscal restraint or pro-life legislation.

Until now, there hasn’t been a subcommittee that fits our issue. But that is about to change.

A small number of other groups have also been pushing ALEC to make room for child welfare reform efforts. Maggie was able to meet a leader out of Arizona working on this same kind of legislation.

That particular group is focused on the needs of children in foster care rather than on instances where children shouldn’t have been taken in the first place, but like us, they are working to rein in the system to better protect and care for children. The focus is different, but the results are the same.

It was encouraging for Maggie to make contact with these groups, whose work complements our own.

Because of the presence and persistence of champions like these, including ParentalRights.org, ALEC is preparing a new subcommittee to take up our issue.

The truth is, it is an “everyone issue,” which ALEC is now beginning to see includes conservatives like them.

(If we can score an invitation to a similar exchange for liberal lawmakers, we will be happy to share parental rights with them as well!)

The down side is that ALEC is an annual conference. While we hope to make a presentation of our issue for their executive meeting later this fall, neither the subcommittee nor any legislative proposals we could make will be in place before next August.

But in the grand scheme of things, that’s a small delay for a major avenue to promote our cause.

Thanks to the work of colleagues like Maggie and the new allies she is meeting, meaningful change is on its way.

Thank you for partnering with us and believing in us as we work behind the scenes to make these changes possible.

Posted in All Nationwide Newsletters and tagged #ParentalRights, family, news
← Facing Our Biggest Threat to Parental RightsThe Parents Know Best Rally is Just Around the Corner! →