Parents are losing custody without cause in far too many cases – and often losing their permanent parental rights, as well. Yet the lack of a sound legal standard leaves the door open for judges and child services investigators to continue the system as it is. The system is failing children, failing families, and failing our country as a whole.

Because of this, ParentalRights.org is working with a bipartisan coalition to amend existing federal child welfare laws to keep families together whenever possible. Two examples include removing anonymous reporting (replacing it where appropriate with confidential reporting) and creating a "quick exit ramp" for cases where case workers recognize early on that no abuse is taking place, but under current guidelines must "complete their investigation" before they can close the file. 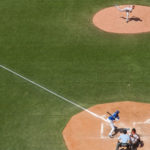 One Strike and You're Out
An Arizona appeals court had to overturn a family court termination of parental rights (TPR) order that was based on a single lapse in supervision by a caring parent. The case involved a 6-year-old whose father has joint legal custody with his ex-wife.

Mother Loses Son Despite Completing Requirements
An Indiana Court of Appeals similarly overturned a TPR decision and accused the Department of Child Services of an "extraordinarily troubling pattern of behavior." The case involved a mother who had fled an abusive relationship and completed every requirement set before her for unification, but who lost her son anyway.

Baby Removed Simply Because Mother Has a Disability
Massachusetts was caught committing "extensive, ongoing violations" of the Americans with Disabilities Act in their removing of Sara Gordon's baby simply because Sara has a disability, according to a letter from the U.S. Department of Justice last year.

"More Children Than Ever" Taken into State Custody
The Vermont Supreme Court overturned a TRP order in Caledonia County at a time when "more children than ever are being taken into state custody," according to the Burlington Free Press.

Taking Three Children Per Week in Connecticut?
In Connecticut, a bill has been introduced to halt a "custody for care" scheme (where the state won't provide care for children unless the parents give up custody) that the Department of Children and Families (DCF) denies even exists. According to the Hartford Courant, Judicial department data show the state has used the petitions to take custody of more than 860 children over five years – or an average of three children a week. Three children per week in a state the size of Connecticut is hardly a "last resort."

An article at The Day (also in Connecticut) reveals a system that often confuses poverty for neglect.

No Responsibility and No Accountability in Child Perspective Services
The author of “The Corrupt Business of Child Protective Services” worked with around 300 cases in Georgia, along with hundreds across the nation. She shares heart-breaking stories of injustices committed, including how children are being taken away unnecessarily and put in very abusive situations. Her conclusion is that “there is no responsibility and no accountability in Child Protective Services.” 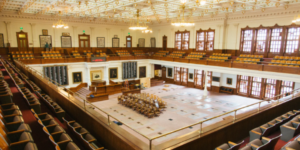 Time to Take Action in Your State

It is time to take action! As I reported last week, the American Legislative Exchange Council (ALEC) voted unanimously to adopt our model bill to end anonymous reports to child abuse hotlines, replacing them with confidential reports instead. That makes right now—and these next 2-3 months—the ideal time to reach out to your state lawmakers…

On June 24, President Trump issued an executive order on the use of federal funds related to the child welfare system. ParentalRights.org federal relations liaison Maggie McKneely gives us her take on the order in this week’s newsletter. While the directive is something of a mixed bag, we are especially excited about the attention it… 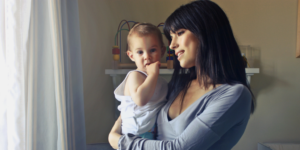 New Hope for Due Process

This week a blog called “Rethinking Foster Care” features a post by Hope Lyzette Newton, a mom falsely accused of child abuse who spent the last ten-plus years on New York’s State Central Register (SCR). Under the title “Branded,” Newton explains that for the entire time she was on the register, she felt like she…

A new video from the American Enterprise Institute (AEI) reveals a fundamental problem with Child Protective Services (CPS). When CPS gets a call, their first move is to send an investigator to look around. This “first-responder” role is often portrayed as social work: a stranger stepping in to help needy families. In reality, the investigator…

Last Thursday we had the honor of presenting a briefing on the matter of the CAPTA reauthorization to staffers from several Senate offices. (We have chosen not to identify the specific offices for politically strategic reasons.) CAPTA is the Child Abuse Prevention and Treatment Act, a federal law that provides funding to the states if…

We Are Changing the Culture!

Dear Champion of Parental Rights, Thanks to you, we are doing something very few non-profits have accomplished in all of history: we are changing the culture for families in America. When a child services investigator knocked on my door on April Fool’s Day 2003, it was no joke. We had no idea who “called us…

Dear Champion of Parental Rights, Heartbreaking. Unjust. Shameful. These are just a few of the words that come to mind when I consider the shocking violation of parental rights in our country. I think of a three-year-old Colorado girl who was strip-searched while attending day-care, without a warrant and without her mother’s knowledge. The Federal…

It may be the rarest of all gifts in American politics today: any topic that can bring bipartisan support. Such is parental rights, which according to polling enjoys the support of more than 90% from any political party—Democrat, Republican, or Independent. This gift of bipartisan agreement should apply equally to H.R. 6233, a bill newly…

The parental rights effort is a lot like raising preschoolers: every once in a while, things that were calm and quiet suddenly explode with activity. For parental rights, this week is wrapping up one of those furious months. ALFIE EVANS – PULLED FROM LIFE SUPPORT AGAINST PARENTS’ WISHES Photo Credit: #AlfiesArmy @Alfiesarmy16 The inescapable parental…

A 38-year-old father and his attorney have managed to uncover an illegal practice so widespread that its exposure could overturn dozens, or even hundreds, of child welfare proceedings in one North Carolina county. According to an investigation and March 15 report by the Associated Press, the Cherokee County Department of Social Services has been using…