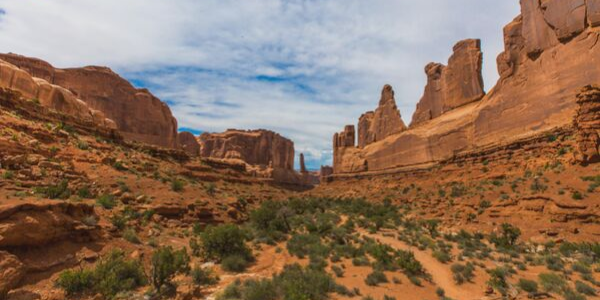 It is the purpose of open courts to let in the light of outside scrutiny, to keep judges and child welfare agencies honest in their dealings with children and families. That’s what made one ruling in Arizona earlier this year both troubling and confusing. And it’s why we’re excited to see that ruling overturned.

A Midnight Raid to Take the Children

It started with a mother in Chandler, Arizona, taking her fevered child to the doctor. Unable to rule out a serious illness such as meningitis, the doctor recommended the parents take the child to the emergency room for more testing (which generally entails a painful spinal tap).

By the time mother and child got home, though, the fever had broken. The family consulted a family friend who is a nurse, and ultimately decided the test was not necessary.

It was a reasonable medical decision by an informed parent, the kind we all try to make every day.

But when the doctor learned the child hadn’t gone to the ER, she called the local Department of Child Safety, who called out the police to raid the home that very night.  The Department had secured a warrant to take the child, and ended up taking two sick siblings, as well.

They didn’t take the children to have them forcibly tested. The court didn’t issue a warrant to get the test that seemed so important to the concerned physician.

No. The warrant was to completely remove the sick children from their parents’ care. The children would ultimately spend weeks in foster care, then months in kinship foster care.

Open Courts, Except When They’re Not

The family had a front door cam, and soon footage of the midnight raid was all over social media. And Arizona has “open family courts,” meaning anyone may attend, and any media may report, as long as the family’s identity is kept safe.

So when this particular case went to a hearing, several interested parties were there, including reporters for the Arizona Republic as well as state lawmaker Kelly Townsend, who recently championed a bill to shore up parental rights in just such cases as this.

But that’s when things took a turn for the weird.

After the first hearing, presiding Judge Timothy Ryan took issue with an article written by the Republic, and perhaps with comments made by Rep. Townsend. So at the second hearing, Judge Ryan ordered the Republic and Townsend removed from the courtroom. And he issued an order claiming they had “violated confidentiality provisions.”

For them, the open courts were officially closed.

For months, the eyes and ears of the public were cut off from a hotly controversial case.

In August, the family’s children were returned to their care, the case against the parents dropped. And how could it not be? It is perfectly legal for parents to make informed medical decisions for their children. In fact, it is their natural, fundamental right (and responsibility) to do so.

Only no one knew about that outcome, because the media were still gagged.

Lawyers for the Arizona Republic filed a “motion for reconsideration,” asking the court to explain how their reporters had violated state law, or else restore their privileges to attend.

On further review, the judge had no choice but to overturn his own earlier ruling. His final finding did not admit wrongdoing or provide any details, but it is clear he could find no justification to support his earlier decision in light of the paper’s properly filed legal appeal.

Yet, sadly, even that victory was not untainted. Due to a clerical error, the court at first refused to provide the paper’s lawyers the decision on their own case!

“There being no written objection from the Attorney General’s Office, the Guardian ad Litem, or Father, it is ordered granting the motions [to reverse the earlier ruling],” Ryan wrote in a minute entry dated Aug 7, according to this Arizona Republic article. But the ruling wasn’t revealed to the reporters until early September, a month after the family’s case was over.

“One of the problems when juvenile courts are closed to the press and the public is that judges often steamroll parents,” ParentalRights.org President Jim Mason told the Republic for their article last week.

Further, the paper’s attorneys wrote, the Republic “has no guidance on what portion of its news report ostensibly violated the confidentiality requirements,” and “[the paper] will be chilled from exercising its First Amendment rights in the future.”

But the public, the press, and even the integrity of the court are not the only victims here. Although the family have been reunited, neither the parents nor the children will soon forget this ordeal.

Studies show many children forced into foster care will spend years in therapy after, trying to regain some semblance of the security they once found at home. And many score higher on PTSD tests than soldiers returning from combat.

We hope that won’t be the case here, and we salute the parental rights champions at the Arizona Republic, along with Representative Townsend, for standing up for the rights of families and of the press.

Working together, we will continue to shine a light on the family courts to bring the changes we need to protect our children by empowering their parents.

Thank you for standing with us in this important crusade!

Posted in All Nationwide Newsletters and tagged #ParentalRights, Arizona, courts, family, news, updates
← The Parents Know Best Rally is Just Around the Corner!ParentalRights Goes to Harrisburg →