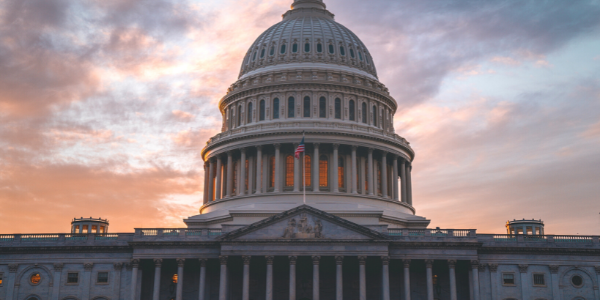 It happened so fast, coalition colleague Andrew Brown referred to it as a “fire drill.”

Last Monday afternoon, our coalition was contacted by staff for the Senate’s Health, Education, Labor and Pensions Committee (called the HELP Committee): they were going to be discussing a bill to reauthorize the Child Abuse Prevention and Treatment Act (CAPTA), they were open to making changes to how CAPTA works, and they wanted our input on what changes they should make.

Oh, and could we give our response by Tuesday afternoon? The meeting was scheduled for Thursday.

Already in the Works

Fortunately, we had been working through plans for those very changes for a couple of years now with our colleagues in the United Family Advocates coalition, so we had no shortage of ideas. And the above-mentioned Andrew Brown of the Texas Public Policy Foundation (and our podcast guest for June 22, so stay tuned!), along with Kathleen Creamer of Community Legal Services of Philadelphia, was willing to draw together our top priorities in a list of reforms the senators could easily follow and discuss.

Now, to understand what’s at stake, let me remind you that CAPTA is a huge part of the federal law (along with the Adoption and Safe Families Act, or ASFA) that directs the states on how to carry out their child welfare programs. If a state wants federal dollars —and they all do—they have to play by the rules laid out in CAPTA and ASFA. So putting our reforms in CAPTA is a chance to bring those changes to every state—if we can first just get them through Congress.

And that starts with the Senate HELP Committee.

Our Priorities to Protect Innocent Families

Some of our top organizational priorities of the last couple of years made the list: stop confusing “poverty” with “neglect;” keep innocent parents off central registries for child abuse and neglect; and don’t separate children from their parents without a court order unless there are actually exigent circumstances.

We added several other good reforms, too.

The first we added is related to one of my personal “pet peeves,” the power of child abuse pediatricians to “diagnose abuse,” even when other medical experts have perfectly reasonable, evidence based, non-criminal diagnoses that explain the injuries or illness just as well. A safeguard to protect families in such instances made the list.

Another concern I have is the frequency with which newborns are separated from their mothers by child welfare agencies with no evidence of abuse or neglect, simply because they are born with a drug in their system. Vitally, this includes the very drugs doctors routinely prescribe for mothers with prior substance addictions who are determined to “get clean” for their new bundle of joy. It is actually safer for both mother and child if the mom is on this “withdrawal aid” than if she quits “cold turkey”—that is, until the baby is born and tested and child welfare is notified. Our letter included a recommendation for fixing that problem in CAPTA, too.

These are just five of the reforms we proposed. You can see the full three-page report with all ten priorities of the United Family Advocates coalition (of which your Parental Rights Foundation is a part) here.

It was an honor to lend advice to the U.S. Senate on how to reform child welfare through federal law. And it gives us hope that they are at least considering the plight of these families.

But it will be weeks or even months before we know how effective it was.

That’s because first the committee will make edits to the existing bill based on the suggestions they like, whether from us or from other interested groups they heard from. Once they release their edits, we’ll better know if they were listening to us.

But then their bill will have to be reconciled with a House bill on the same CAPTA reauthorization, and the bills frankly don’t look much alike. (We were able to share suggestions to the House sponsors, too, but were disappointed in how little they listened to what we had to say.)

Next the question becomes whether any of our suggestions, if they even make it into the Senate bill in the first place, will survive their discussion with the House.

So, the future of these bills and our proposed reforms is uncertain. But it’s much better to be invited to the table and asked to speak than to be left out in the cold. That is not the only hurdle, but it is often the biggest hurdle—and it’s the one we have already overcome.

Now we wait with cautious optimism to see what the HELP Committee makes of our suggestions.

Thank you for standing with us through the years and putting us in a position to bring about the change our families need in the child welfare system today!