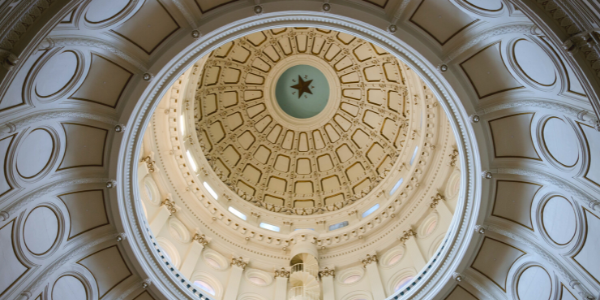 Texas Governor Greg Abbott on Friday signed a law that will protect families from unnecessary separation on the opinion of a single child abuse pediatrician. At the same time, the Florida legislature sent its Parents’ Bill of Rights to Governor Ron DeSantis for his signature, which is expected at any time.

Listen to the Second Opinion

In 2016, Texas mother Ann Marie Timmerman rushed her 4-month-old baby to the hospital due to lethargy, where she learned he was experiencing a small amount of bleeding on his brain. It’s the kind of injury child abuse pediatricians are trained to believe can only be caused by abuse, and that was the “diagnosis” passed on to Texas Child Protective Services (CPS), who removed the child from his parents’ care.

A pediatric neurosurgeon believed—and reported—that the injury was probably a normal result of the childbirth. But neither CPS nor the family court judge paid any attention to what he had to say, and the family was separated for months before the baby was finally returned home.

Not surprisingly, the Timmermans were among those who testified before the Texas legislature to get this new law passed. Their story appears in this article at NBC News.

Under the new law, Senate Bill 1578, both CPS and the judge will be required to consider this second opinion before they can decide to remove the child from his or her parent(s). The law goes into effect on September 1.

This is wonderful news, because child abuse pediatricians’ findings are very often in conflict with the findings of the real experts—those whose medical specialties focus on the very body part or system that has suffered trauma. In the case of the Timmermans, for instance, it is incredible to imagine that a pediatric neurosurgeon could not diagnose a brain injury better than a doctor who spends more time in a courtroom than in an operating room.

It Happens All the Time

In her book, They Took the Kids Last Night: How the Child Protection System Puts Families at Risk, Diane Redleaf chronicles the trauma done to a Chicago family because CPS believed a child abuse pediatrician regarding a broken bone, ignoring the expert testimony of a radiologist and a pediatric orthopedist (x-ray and bone experts, respectively). Fortunately, the family court judge got that one right—eventually.

And in another article we covered back in March of last year, another child abuse pediatrician in Wisconsin was credited over the protests of multiple hematologists (blood experts), over something that turned out to be—you guessed it—a blood condition.

The fact is, such events happen all the time, with CPS going along with the “diagnosis” from child abuse pediatricians because, after all, “they’re the experts.” Except they’re not really experts in medicine at all. They are experts in “diagnosing” abuse—the only diagnosis they ever render—and in presenting their findings in family court.

Finally, Texas is opening the door for common sense to accompany these cases into the courtroom. By including the voice of more focused medical experts in the child-removal consideration, this law will protect countless families from the kind of overreach that so traumatized the Timmermans and the others mentioned above.

To hear more about good laws passed in Texas this session, check out my discussion with Texas Public Policy Foundation’s Andrew Brown on this week’s episode of the EPPiC Broadcast podcast.

In Florida, meanwhile, the Parents’ Bill of Rights has finally been signed by the officers of the House and Senate and is now on the governor’s desk. He is known to be a friend to this legislation, so we expect his signature at any time. Literally scores of bills were all sent to his desk at once late last week, so it could be a little while before he gets to this one, especially if he chooses to schedule a special signing ceremony to celebrate its passage.

But once it bears his signature, House Bill 241 will gather all Florida parental rights laws into one chapter and will safeguard the primary role of parents in the care, nurture, and education of their children.

Thank you for being partners in our work and in these tremendous successes in Texas and Florida.

Posted in All Nationwide Newsletters, All State Alerts and tagged #ParentalRights, Florida, Legislation, Texas, updates
← Lending a Little HELP to the Senate’s DiscussionTime to Take Action in Your State →