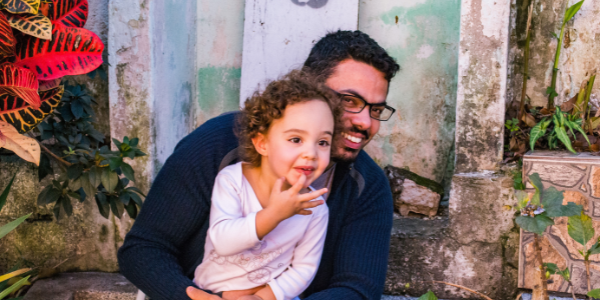 As you read this email, parents in California are in the fight of their life to protect their children and to defend parental rights. You see, a dangerous bill, Senate Bill 866, may come up for a vote at any time in the California Assembly—its final hurdle in the legislature, as it already passed the California Senate.

S.B. 866, Vaccine Consent for Minors, would force California children as young as 12 to make major medical decisions without a parent’s input, knowledge, or support. It will open the door for peer pressure and coercion, rather than wisdom, caution, and knowledge of one’s family medical history, to drive children’s health.

If you live in California, you know the stakes, and have seen our action alerts and online advertising campaign against this bill. But if you live in one of the other 49 states (or a territory), I’d ask you to continue reading, because some of your own state’s elected officials likely share the philosophy behind this California bill.

At ParentalRights.org, we’re not against childhood immunizations. We have a simple, yet powerful, belief: you, the parent, who know and love your child the best, should make those decisions. Not me. Not elected officials. And certainly not unelected, unaccountable bureaucrats.

California is not alone in trying to remove parents from the primary role of caring for their children. In 2020, the District of Columbia’s Council passed the Minor Consent to Vaccination Act Amendment of 2020, a bill that not only forced children as young as 11 to make decisions regarding vaccination without parental input, knowledge, or support, but also mandated that parents be kept in the dark. Our legal and charitable arm, the Parental Rights Foundation, filed suit against DC’s Minor Consent Act, and on March 18, 2022, a federal district court judge issued a preliminary injunction against the act. For the time being, parental rights have been preserved in the District of Columbia.

Opponents of parental rights would like nothing more than to try to pass similar legislation in your state and replicate the attacks we’re seeing in California and the District of Columbia. It’s only your dedication to your fundamental right as parents to raise your children that has kept this from already happening elsewhere.

In California, we are conducting a major campaign to try to stop S.B. 866. We (and numerous other allied organizations) are urging concerned parents to call their state elected officials. We’re spending money on digital advertising to try to reach more concerned parents. If the legislature ignores California parents and passes S.B. 866, we’ll urge California Governor Gavin Newsom to veto this bill. And if all levels of California’s elected officials ignore parents, their constituents, and our constitutional rights and make S.B. 866 law in California, we will file a federal lawsuit on behalf of parents, just as we did against the District of Columbia.

The Battle to Protect Children

All of this is expensive. We know that now is not a good time to ask for money, given the financial and economic hardships facing so many of us. We understand if you are unable to support us financially right now. Your family comes first.

But if you do have the ability to help us fight for parental rights in California and elsewhere, we ask for your support. We promise to use your money wisely and carefully. We believe that this fight against S.B. 866 is important enough. And that’s why we’re in this battle.

Laws removing parents from their children’s health care decisions, whether for vaccines or any other treatment, force children to make adult decisions, whether they’re ready or not (and most are not). Parents, not young children, should decide health care decisions, such as vaccine administration. A minor child may not know his or her medical history. A minor child may consent to an immunization, and then suffer an adverse reaction, and a parent who does not know that the child was immunized may miss warning signs and be unable to get the child to the hospital in time. Or a parent may not know that their child received an immunization at school, and have their family pediatrician administer the same immunization, resulting in potential harm due to multiple and unnecessary doses.

The Reverend Martin Luther King, Jr., said, “Injustice anywhere is a threat to justice everywhere.” And an attack on parental rights—whether by the DC Council or the California legislature—is a threat to our sacred right as parents.

Thank you for standing with us in this nationwide fight to protect our children by empowering parents.