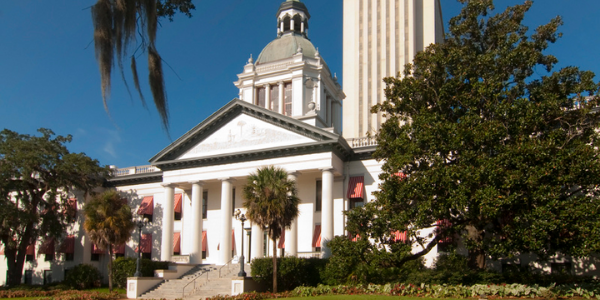 The proposed Parents’ Bill of Rights in Florida has taken great strides in the past week, and it is well on its way to being adopted into law.

Then, Senate Bill 582 was taken up in the Senate Rules Committee yesterday, April 6, and “reported favorably.” (The vote count is not yet available, as the result to “report favorably” was clear on the live stream but individual votes were not.)

Crossing the Finish Line in the Florida House

In most states, a bill has to go through a House committee and receive a favorable report from that committee before it can go to the floor of the House for a vote. In Florida, a bill does not go through a committee first—it goes through three!

So, on April 1, it came up for “Third Reading,” meaning a final vote by the entire House. A few organizations spoke in opposition to the bill, followed by three state lawmakers who spoke in favor. Finally, Rep. Grall gave her closing comments.

“We have taken the focus off family for too long, to the detriment of society,” Grall declared. “We hear… the horror stories of the bad parent, the abusive parent, the intolerant parent. And I continue to refuse to accept that we should diminish the rights of all parents in the raising of their children because of the acts of a few.”

Rep. Grall also called out the organizations who opposed this legislation to protect the parental role. “Based upon the opposition to this bill,” she stated, “it is clear that liberties have been taken for too long with regard to accessing our children. The fact that any entity is concerned that their ‘right’ to access our children is being infringed upon makes the case for this legislation.”

“She hit it out of the park,” ParentalRights.org State Coordinator Patti Sullivan told me later.

The House apparently agreed. They passed the bill by a vote of 78–37.

The Final Hurdle in the Senate

Despite the good news in the House, however, the Senate was always going to be the bigger challenge for the Florida bill this year. Last year’s bill passed the House, just as H.B. 241 did this year, but its Senate companion failed to get a vote in the Senate Rules Committee.

“I was amazed at the pushback I received in running a bill that I thought, to me, was just common sense and obvious,” last year’s sponsor, Senator Kelli Stargell, testified in yesterday’s hearing.

Last year, that committee was discussing the bill on the final day when the deadline passed, bringing a frustrating end to what had looked like a promising run.

That’s a fate this year’s S.B. 582 would not suffer, though, as the Rules Committee took it up yesterday, April 6—with weeks left in the legislative session—and voted to recommend its passage.

A few senators opposed the bill, expressing concern that it would keep minors from getting health care or counseling without parental consent. But the bill as written still allows all the same carve-outs currently present in Florida law, including allowing adolescents to seek confidential care in areas of reproduction, drug or alcohol use, and mental health.

This favorable committee vote opens the door for the bill to go to the floor of the Senate, putting it closer to passage than it has ever been.

With several weeks still to go in Florida’s legislative session, we are cautiously optimistic that we will see the Parents’ Bill of Rights become law there this year.

I must express appreciation to our Florida state coordinators, Jim and Patti Sullivan, who have tirelessly worked with their lawmakers to bring the bill to this point. They have done a tremendous job bringing attention to the need for parental rights and answering questions about the bill that will preserve those rights in law.

And I thank you for standing with us as we promote bills like the Florida Parents’ Bill of Rights to protect our families from unnecessary government intrusion.