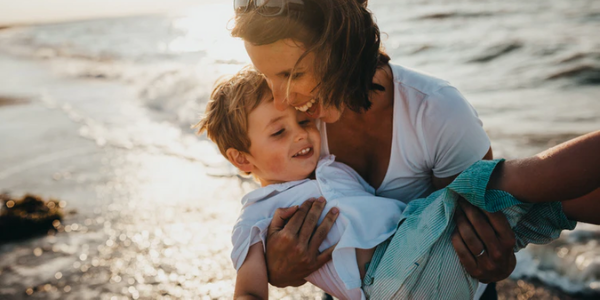 In our largest 2021 parental rights victory to date, the Florida legislature passed House Bill 241, the Parents’ Bill of Rights, on Thursday, April 22.

The measure passed the House by a vote of 78 to 37 on April 1, while a bill with the same content, S.B. 582, worked its way through the Senate. Each bill was amended along the way, so though they both protected parental rights, they did not match last week and would have to be reconciled.

So on Thursday, when S.B. 582 was up for third reading (final vote) in the Senate, sponsor Sen. Rodrigues replaced his bill with H.B. 241. That way, a favorable vote would adopt the exact same bill as the House adopted, eliminating the need to reconcile two different versions.

Now the bill only needs the governor’s signature, which is expected at any time. Then it will be the law in Florida.

Unlike in some other states, the Parents’ Bill of Rights in Florida isn’t so much a new law as it is a reorganizing of the good laws that are already there. It gathers the rights of parents and the limitations of government actors from other sections of law, such as the education statute, the child welfare statute, and custody laws.

The measure also includes in statute the call for strict judicial scrutiny that has thus far only been a matter of court precedent. Section 1014.03 of the Florida code will hereafter declare:

The state…may not infringe on the fundamental rights of a parent to direct the upbringing, education, health care, and mental health of his or her minor child without demonstrating that such action is reasonable and necessary to achieve a compelling state interest and that such action is narrowly tailored and is not otherwise served by a less restrictive means (emphasis added).

These key phrases—“compelling interest,” “narrowly tailored,” and “least restrictive means”—are the backbone of the “strict scrutiny” standard of review. Adding this requirement into the legal code won’t change the current practice, but it will prevent erosion of parental rights by a shifting judiciary in the future.

Now parents, children, school boards, and family defense attorneys will all have one section of Florida law they can turn to when questions arise about the proper role of parents or the government when it comes to raising children.

For ParentalRights.org Florida State Coordinator Patti Sullivan and her family, this is a tremendous personal victory. They have been working toward this law literally for years.

“All the hard work and effort of so many years have come to fruition with the passing of this law,” she told me for this article. “Now we’re looking forward to parents stepping up into their rights in the days ahead.”

“This law creates an environment for [parents] to engage in their children’s lives and know what is going on.”

This reflects a concern Rep. Erin Grall, who sponsored the bill in the House, also addressed in her closing comments from April 1.

“Parents have been put on the sidelines for too long,” Grall declared on the House floor. “Children are in crisis, and those who love them most are not even being given information about the crisis.”

That is one thing the Parents’ Bill of Rights will change. School boards will have a harder time with their recent efforts to keep a child’s information secret from parents. Instead, the passage of this legislation will protect vulnerable children by keeping their parents in the loop.

Patti told me, “Now the law affirms what parents already knew: that their parental rights are fundamental.”

“We have a law now, and it specifically says parental rights are ‘fundamental.’”

We are so grateful to Patti for her tireless efforts, to Rep. Grall for leading the way in the Florida House, and to the senators who championed it in the Senate, Sen. Stargell (in 2019) and Sen. Rodrigues (this year).

And I am thankful to you for standing with us as we celebrate this victory in Florida, and we look forward to similar tidings soon from other states, as well.

Together we are changing the landscape, empowering parents, and keeping our children safe.