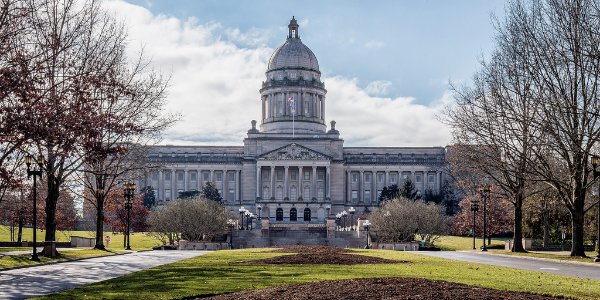 Legislative sessions around the country are in full swing, and several parental rights bills are still in play.

In Iowa, a bill to codify existing state Supreme Court precedent has passed the House and is heading to committee hearings in the Senate this week. In fact, by the time this newsletter reaches you, House File 819 will have been through a subcommittee and will be in the committee, or even on its way to the Senate floor.

There is still some language in that bill to be worked out between the House and Senate versions, but that discussion is expected to take place over the next couple of weeks.

In Indiana, a dangerous bill that attempted to redefine “exigent circumstances” into pretty much whatever the Department of Child Services (DCS) wants it to be has been amended to conform more to actual constitutional law. Under this bill “Exigent circumstances” could allow DCS to enter your home or, in this case, interview your child, without consent or a warrant. But, for more than 70 years, the courts have limited the term to those times when officials must act to protect someone from harm or halt a crime in progress, and there is no time to get a warrant.

In its original form, House Bill 1531 would have redefined “exigent circumstances” to include any time the parent was alleged to have abused their child. The accusation alone could be enough!

Nationally we know that more than 80 percent of all child abuse investigations are closed as unfounded or unsubstantiated. Can you imagine if DCS could claim exigent circumstances in all of those cases? Can you imagine how many innocent families would be violated by such a law?

In most cases, DCS has time to get a warrant if there is evidence to support it. Only if a child is in imminent danger do exigent circumstances exist.

In its original form, the bill would take the erroneous language of the state DCS manual and make it law. As amended in the Senate, this bill will be a step towards providing correction to the manual, instead.

In Florida, the Parents’ Bill of Rights (House Bill 241/Senate Bill 582) has made it through all three House committees and two committees in the Senate. Where most states send a bill to one committee in each house, Florida has three in each, and still we are only one committee—the Senate Rules Committee—away from both floor votes.

This bill gathers existing Florida law, which is currently scattered throughout the code, into one specific place where families, their lawyers, and state entities can easily go to see the rights protected there.

And finally, House Bill 221 in Kentucky, a bill to replace anonymous reporting with confidential reporting, passed the House by a vote of 96–0 on March 1, and was reported favorably from the Senate Health and Welfare Committee on March 11. A floor amendment passed this week likely means it will need to go back to the House once it passes the Senate, but so far its progress is promising.

There are other bills, as well, and we will keep you posted by email alert if it turns out action is needed in your state.

Thank you for standing with us to support good legislation to protect children by protecting your parental rights.