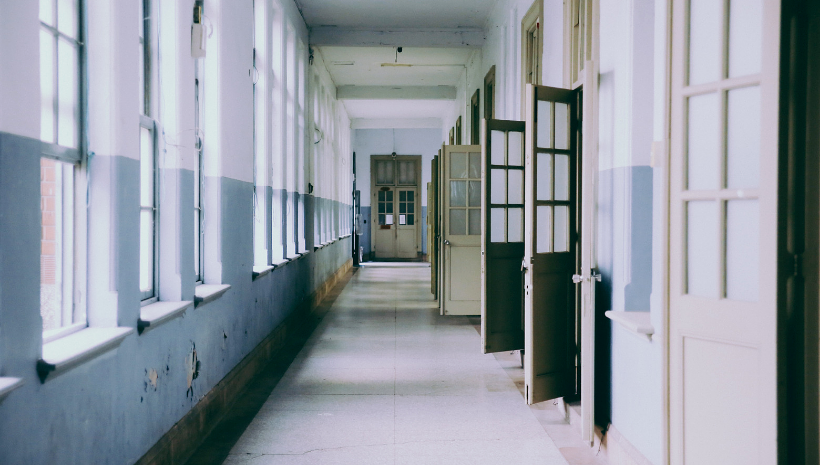 The hospitals of Britain are at it again. The “medical experts” have deduced that somehow “death” is actually in the best interests of Tafida Raqeeb, just as they decided for Alfie Evans in 2016 and Charlie Gard in 2017.

That’s like a car salesman telling you to just walk. Everywhere.

It’s like a kindergarten teacher telling children to just look at the pictures.

This is not what we are paying them for.

To be clear, true medical experts are supposed to be about the business of saving lives.

According to reports, five-year-old Tafida suffered a traumatic brain injury in February arising from a rare, undiagnosed medical condition. A ‘tangle of blood vessels with abnormal connections between arteries and veins” resulted in a dramatic change in a single night. Tafida went from “a perfectly healthy, bubbly child” to being on life support.

There is hope. A hospital in Italy has offered to take over her treatment, just as in the case of Alfie Evans. But also similar to that case, the British hospital refuses to allow the little girl to be discharged.

“They kept on saying if we want Tafida out, then ‘you need to take us to court, we are not going to release her’,” Tafida’s mother, Shalina Begum, told Sky News. “But they were not prepared to budge.”

So far the state-run hospital is two-for two in court, and they have two dead children to show for it. Now they are prepared to fight once again, in an effort—an effort—to make that three dead children.

To be clear, this is not yet happening in the United States. Though we have seen a disturbing rise in instances of states taking custody of children from fit parents simply because the mom or dad disagrees with a diagnosis or treatment plan, we have not seen hospitals actively fighting for the chance to watch a child die.

But this is exactly the kind of outcome one might expect when a child’s healthcare decisions are made by those with a primary interest in keeping costs low, rather than by those—parents—whose primary interest is in the life of their child.

Tragically, there are cases where a child’s prognosis is without hope, and there are parents in those cases unable to let go. There is a process by which a doctor or state actor can petition a court to override that parent’s grief-laden, denial-driven decision.

But the weight in those cases is on the hospital or state actor to prove the parent is being unreasonable. The law begins with the presumption that parents are acting in their child’s best interest.

In Britain, that presumption has been turned upside down, and the law assumes the hospital is right. This forces stressed, grieving parents to do the heavy lifting of proving the doctor is wrong.

As a result, the children are losing. And it’s no game; it’s literally a matter of life and death.

Cases like these demonstrate the importance of preserving parental rights in the United States and adding that protection into the very text of the Constitution.

Only by safeguarding the traditional decision-making role of parents can we protect children like Charlie, Alfie, and now Tafida, from death at the hands of a calloused state.

As the cost of healthcare becomes a bigger and bigger political football, so increases the need to make sure the value of a child’s life is never weighed in dollars and cents.

And you know who’s good at keeping that from happening, at keeping the child’s life and interests front-and-center?

Loving parents will never say of a child with a future, “I simply think dying is in your best interest.” How can these doctors even stomach doing this to yet another child?

Clearly, loving parents are much better equipped to represent their child’s interests than the British medical system, or even our own.

Please take a moment today to support the Parental Rights Foundation through a generous donation or by passing this email on to interested friends and family. Together we are working to educate America on the fact that discarding parental rights literally places children’s lives at risk.

Thank you for standing with us to protect children by defending parents’ rights.