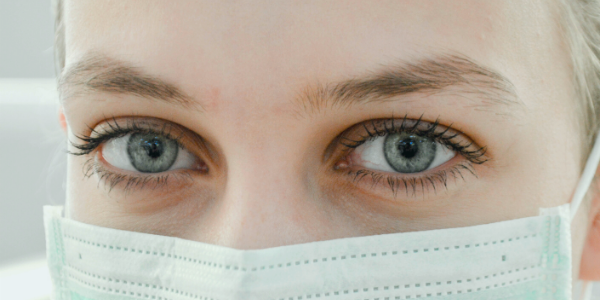 We’ve said it for months: If more people knew what innocent families suffer in the name of “child protection,” they would join us in doing something about it. Now NBC News and the Houston Chronicle are shining a light on that very thing.

In what has so far been a three-part series, the two news sources have highlighted the plight of families in Texas damaged by the work of “child abuse pediatricians,” a new subspecialty in medicine designed to spot and prosecute child abuse.

At least on the surface, the new subspecialty is well-intentioned, and we do not doubt there are many in the field who legitimately want to help. But detractors, including the Parental Rights Foundation, warn that the new specialty is more about the convenience of keeping pediatricians and specialists from having to attend court; let the new child abuse doctor do that.

The series began with the September 19 article, “A Devastating Diagnosis,” available at NBS News here. It was continued in “Imminent Danger” on October 10 (available at The Houston Chronicle here); and again November 12 with “Parents Call for Reforms to Protect Families from Mistaken Child Abuse Allegations” (at NBC News here).

Put Yourself in My Shoes

The latest installment features families who testified to Texas lawmakers in a recent hearing to bring reform to the harmful system. One family, who was exonerated and finally got their children back from the state after several months, testified they’d spent $200,000 in legal fees to defend themselves.

Lawmakers “appeared shocked” by this, according to the article, but we hear about this all the time. It’s one reason some experts believe families in poverty face more child abuse investigations than families who are well-off: the impoverished can’t afford to fight back. (See, for instance, Dorothy Roberts’ Shattered Bonds: The Color of Child Welfare.)

“I urge this committee to put yourselves in the shoes of my family or one of the many other families here today,” parent Tim Timmerman told the panel, according to the article. “Think about how you would feel if your child or grandchild was taken out of your arms with no standard of proof other than the opinion of a single individual.”

The individual he refers to, of course, is the child abuse pediatrician. Privileged to be part of the “medical team” at the hospital with access to the child’s medical file, this “specialist” serves to gather forensic evidence, not look for a way to help the injured child.

They put too much weight – too much trust – in these child abuse pediatricians.

As Diane Redleaf put it in They Took the Kids Last Night, “Unfortunately, the consumers of child abuse pediatric opinions—judges, State’s Attorneys, and CPS investigators—too often believe some child abuse pediatricians’ hype about their superior abilities to discern child abuse over that of orthopedists, radiologists, and neurosurgeons.”

Redleaf also points out that “[i]f ‘child abuse’ were a diagnosis…[it] seems to me it would be a legal diagnosis, not a medical one.” (Redleaf, p. 108)

And with no clear scientific evidence, no commonly accepted list of symptoms to look for, and little scrutiny from the system in which they operate, the power of these “specialists” to destroy innocent families is staggering.

“In this process,” the newest NBC/Chronicle article quotes another parent, “you are guilty until [proven] innocent.”

This should not be the case.

Shining a Light of Hope

But there is hope. The fact that the Texas legislature is now listening to these parents is a starting point.

Even more promising is that the Houston Chronicle and NBC News covered these stories in the first place. The Arizona Republic has also made a concerted effort to cover stories like this over recent months, and I’m sure there are other sources doing the same.

They’re sharing stories of families torn apart over false allegations of abuse, with little or no evidence, on the word of a single doctor, or investigator, or even an anonymous phone call.

It is horrible and wrong that these stories take place, but as we expose these tragedies to the light of public scrutiny, pressure rises on the states to fix the problems and protect the innocent.

This is why ParentalRights.org exists, why we share these news stories with you in our newsletters, and why we post them on our social media platforms.

It’s also why we launched our White House petition last month urging President Trump to ask Congress to take up our Amendment. We don’t expect Congress to lay aside their impeachment tug-of-war and suddenly work together to preserve parent’s right, but we do hope to shine a public light on the need for them to do so.

Check out the stories linked above and share them with as many people as you can. Let’s open eyes to the problems with the system, and the frequency with which innocent families are caught in the nets laid out to catch real abusers.

Remember when you thought the only people who needed to worry about child services were child abusers? Some of your friends may still think that, and need to learn otherwise from you.

And while you’re at it, sign the White House petition and share that with all of your friends, as well. We have only ten days left, and a long way to go if we are to reach 100,000 signers and earn a response.

Thank you for taking action today, and for standing with us to shine the light, get the word out, and protect children by empowering parents!

Posted in All Nationwide Newsletters and tagged #ParentalRights, family, medical, news, pediatrician, updates
← Now What Will We Do with It?Thank You, and Come See Us! →