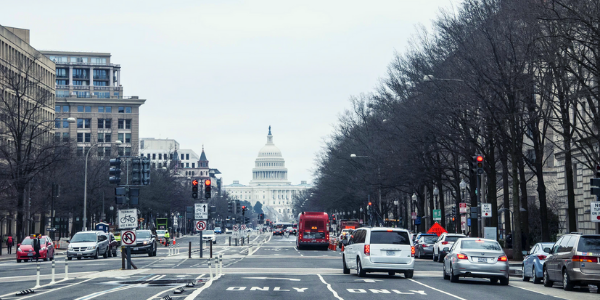 We knew there would be challenges ahead of us with the start of the 2021 legislative season this week. We were preparing for them.

In preparation for the new COVID vaccines DC passed a law on December 23 that puts 11-year-olds in the position to grant legal consent for vaccines, over the wishes of their parents. Even worse, the dangerously misguided law adds provisions to see to it parents never find out their child got the vaccination.

The law actually ensures that a parent will not know their child’s full medical history.

Record of the vaccination will instead be forwarded to your child’s school, where they will keep it on file—but not in any of the records that they share with you.

The insurance company billed for the expense is even prohibited from providing an Explanation of Benefits (or EOB) to the insured, who presumably would be the parent.

Now, ParentalRights.org doesn’t hold a specific position on the safety or efficacy of vaccines. But that doesn’t even matter in this case.

Every one of us should be deeply concerned by a law that so cuts parents out of their child’s medical decision that the parents—and even the child’s family physician!—are completely blinded to what has happened to their child, even after the fact.

We saw some bills in 2020 that would allow 16- and 17-year-olds to override their parents’ decisions if they want to get one or two particular vaccines their parents don’t agree with.

But this law is so far beyond even that threat to family privacy and parents’ rights.

Not only does this law drop the age from a 16-year-old potential driver to an 11-year-old elementary school student, but it also puts the pressure of a decision on that child for any and every vaccine of which the parent disapproves.

No child should be put in the position of being asked by adults to go directly against a choice that their parent has already made to protect them.

There are other problems with the law, too, like whether its provisions to hide the deed violate the Family Education Rights and Privacy Act (FERPA) or other federal laws. But we don’t need to wander into the weeds there, either.

The simple fact is, this law removes parents from their child’s healthcare to an unprecedented degree, leaving formative young pre-teens to muddle through on their own without the support or guidance of those who know them (and their family medical history!) and love them best.

And, even more disturbing, it will set a precedent that we know other states will follow.

But all is not lost yet.

Our Fight in Congress

You and I have one final legislative chance to stop this law.

When a DC bill is signed by the mayor, or when the mayor chooses not to veto a bill within a given 10-day window as in this case, that bill becomes law.

But it also goes to Congress, where it sits for a review period of 30 legislative days—a review period during which Congress can pass a joint resolution to veto it. If Congress passes such a resolution and the president signs it, the new DC law is repealed.

And that is where this nightmare provision stands today.

It is time for this battle to be waged in Congress.

It’s a battle for our children’s safety that we cannot afford to lose.

That’s why ParentalRights.org has already been talking with members of the US House and Senate, planning who will file the veto resolution and when. We are working on securing bipartisan support, especially in the House, to get the resolution through both chambers quickly.

We only have 30 legislative days to work with, so we can’t move at Congress’s normal, snail-slow pace. We jumped on this just as soon as it cleared the mayor’s office, and we’re expecting a bill number at any hour.

It’s an urgent and vital need. And it’s not the only challenge facing us in 2021.

Starting this week, lawmakers all over the country are convening for their next legislative sessions. As they do, we will see another onslaught of bills like we did in 2020—bills that would threaten your parental rights.

We will see bills that want to redefine “abuse” to include disagreeing with the political viewpoint adopted by your state.

We will see bills that limit, not the methods, but the aims of psychological and gender identity care you and your child can seek together. (Thankfully, a 2–1 decision by the US Court of Appeals for the Eleventh Circuit in Otto v. City of Boca Raton could help reduce the number of these bills.)

We will see more bills, like this one from DC, that would make children of younger and younger ages responsible for their own mental health, vaccine, or other healthcare decisions if the state doesn’t like the choice parents already made.

Those bills give no reciprocating freedom to a child who disagrees with the state and their parents, only those who disagree with their parents. Because the aim is not to give children more freedom, but to strip them of their parents’ guidance so the child can be swayed to do the state’s bidding.

And that’s exactly why parents are so important.

While government bureaucrats just want to get the children to do what the state thinks is best, you and I know that parents will naturally decide and act based on what is best for their child’s individual needs.

The belief you hold, that a parent’s natural desire is to care for their child, is why there will also be bills introduced in 2021 to preserve the vital parent-child relationship we hold so dear.

We’re already preparing to stand with lawmakers to bring a parents’ bill of rights in Florida. (We will be working closely with lawmakers and volunteers in Indiana, too, but that bill may not be introduced until 2022. Stay tuned and I’ll let you know.)

And we’ll be working alongside volunteers and lawmakers in as many as a dozen states to provide due process to parents before their name goes on a child abuse registry.

These positive efforts to protect families are encouraging, but they won’t be easy.

You and I must be ready to fight for these bills, just as we’re fighting against the negative bills listed above.

There is literally no other national organization in America focused entirely on parental rights. If we don’t stand up for the role of parents, no one will.

You know this. It’s why you believe in us, and why you’ve supported us in the past.

Can I count on you today to make your very best donation to ParentalRights.org to fuel these efforts in 2021?

Together, we can halt bills like the DC vaccine law and we can preserve parental rights in more than a dozen states just in the coming months.

Together, we can make the country a little safer for parents, safer for families, safer for our children, one state at a time.

With your partnership, we will continue to protect children by empowering parents through 2021 and beyond.

PS—The dangerous minor consent law in DC is just one of the challenges to parental rights either on the table now or coming in 2021. But good bills will be introduced, too. Together, we can protect the vital role of parents in the lives of their children, state by state, bill by bill. Will you partner with us through your gift today to help us win these battles in the new year ahead?