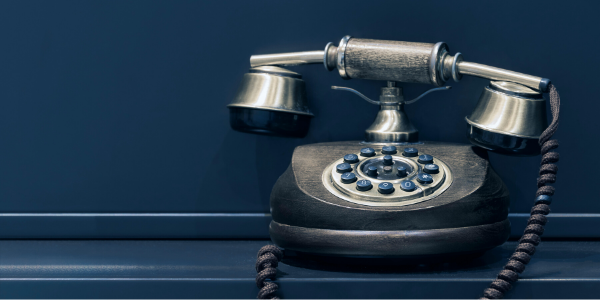 According to national figures, nearly 3.5 million children are the subject of a Child Protective Services (CPS) investigation each year. Only 17% of these investigations result in a finding of abuse or neglect.

In 83% of these cases, the investigation is closed as unfounded or unsubstantiated.

Among anonymous reports to child abuse hotlines, that number soars to over 90%.

That’s a lot of innocent families facing the trauma of a child abuse investigation. And that’s a lot of resources, which could be spent finding and helping children in actual need, being wasted on chasing down false reports, instead.

Not that all anonymous reports are knowingly false, of course. But that anonymity certainly makes it easier for an angry ex or a disgruntled family member or neighbor to use CPS as a weapon against an innocent family.

We’ve even heard of cases where a police officer or a judge became the subject of an investigation because a criminal they had dealings with made an anonymous report.

That’s why the Parental Rights Foundation this year focused our efforts on drafting a model bill to halt anonymous reports to child abuse hotlines and replace them with confidential reports, instead.

I am thrilled to report that our model was unanimously adopted by the American Legislative Exchange Council (ALEC), the largest gathering of conservative state lawmakers in the country, on July 28.

This is an exciting victory for the Foundation, but it means nothing until ParentalRights.org rises to the challenge of identifying lawmakers and volunteers to bring the model to their own state legislatures in 2022.

Make no mistake: this is tremendous news. The unanimous vote at ALEC is a major win for our legislative policy efforts, giving full conservative support to what we are looking to accomplish.

Thisis a golden opportunity to make a real and lasting change for America’s families.

But to meet the challenge before us now will require all the resources we can muster.

The endorsement by ALEC last month opens the door for us to gather support from a lot of conservative lawmakers—lawmakers like Rep. Kim Moser of Kentucky.

Last December, Rep. Moser heard about our bill at a preliminary meeting of ALEC, intended to lead up to this July’s vote. But Rep. Moser decided she didn’t need to wait. She didn’t need ALEC’s endorsement to know this was a bill she believed in.

So she contacted us, adjusted our language for her state as needed, and proposed it to her legislature. By March 1, the Kentucky House had passed the measure unanimously, 96-0.

(Unfortunately, it stalled in the Senate later that month, but only after clearing the Health & Welfare Committee. It was one floor vote away from final passage.)

Rep. Moser will take up the bill again in January.

But in order to have others do as she has done, we have to reach them in the next few months.

That’s because many states require that bills be pre-filed in November or December to be considered in the session starting in January.

And that means we are challenged right now with reaching lawmakers—and volunteers—with the important message that this change is necessary to protect families.

The reform is simple: under our model bill, state law would require anyone calling a child abuse hotline to leave their name and identifying information when they make a report of abuse. Their information would still be kept confidential, but it would no longer be completely anonymous.

The point of this is simple: to cut out knowingly false reports currently made by the thousands who “weaponize” the child welfare system. Such calls are made anonymously all the time, by a jilted ex, or a jealous family member, or a vindictive neighbor.

Even by criminals, as I mentioned above.

When Jim presented our model to the committee at ALEC, one of the lawmakers present—someone we did not know and hadn’t spoken to beforehand—rose to tell his story.

Before he was in the legislature, he was an executive in an office. During one difficult period, he was part of the leadership team who had to make cuts, including deciding who should stay and who should go.

Because he had concerns about one particular employee, he mentioned that perhaps that one should be let go.

The next thing you know, the future lawmaker was the subject of a ridiculous child abuse investigation rising from one anonymous call.

In his case, though, the employee boasted about what he had done, and ended up getting caught. The whole thing was cleared up and the lawmaker’s innocence proven. But that took time—time when his family was still stressed, probed, and traumatized.

Needless to say, that lawmaker fully supports our bill.

Yet, while preserving innocent families is reason enough to champion this measure, our effort isn’t only about them. It’s also about protecting children in need.

See, such calls waste the resources of a child welfare system already spread too thin. By cutting out these false reports, we can free up those resources to find and help the children who really do need assistance.

It’s a vital reform to protect innocent families and point “the system” in the direction it was meant to go in the first place.

And with ALEC’s endorsement, we are now in a terrific position to bring it to the states starting this January.

But we won’t be able to do that without your support.

So please take a moment right now to make your best investment of $10, $25, or even $125 to preserve families by protecting parental rights through these vital efforts.

This is a crucial moment, a vital window of opportunity that is only open for a few short weeks.

Can I count on you to fuel our effort to end anonymous reports to child abuse hotlines through your generous gift today?

And let me add: If you care about these issues as much as I know you do, please share this message with your family and friends and urge them to get involved as well.

Together we can protect children by empowering parents through this simple reform.

Thank you for standing with us now, as always.

PS —This letter reflects the point of intersection where the tax-deductible policy work of the Parental Rights Foundation meets the political action work of ParentalRights.org. (Because ParentalRights.org is a political lobbying organization, gifts cannot be tax deductible.) If you would prefer to make a tax-deductible gift, simply click here to give to the PARENTAL RIGHTS FOUNDATION. Those dollars cannot be spent on our political lobbying action, such as promoting a specific bill in a specific state, but can still fuel the work of preparing model policies and legislation like the one we shared at ALEC in July.