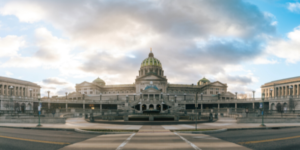 The month of February marks the 15-year anniversary of ParentalRights.org. Because of you and your generosity—with financial support, grassroots action, volunteering, calling or emailing your state and federal legislators, and more—we as an organization can celebrate 15 years of protecting children by empowering parents.  It’s been a team effort, and we’re just getting started. Over…

Missouri does not have a state statute that explicitly defines and protects parental rights as fundamental rights.

Legislative Efforts 2017: Rep. Kurt Bahr pre-filed HB 354, a parental rights legislation, in December of 2016; it was read for the first time on January 4th. On March 8, it passed out of the House Judiciary Committee 9-1 and is now in the Rules Committee. Thank you for your continued support!

Legislative Efforts 2016: HB1755, a statute to protect parental rights at the state level, was pre-filed by Rep. Kurt Bahr on Dec.11. The bill  passed the House Civil and Criminal Proceedings Committee (Feb. 24) and the House Judiciary Committee (Mar. 9), but did not pass the entire House.

Legislative Efforts 2015: HB557 was introduced by Rep. Kurt Bahr passed the House Civil & Criminal Proceedings Committee (8-0) and the House Judiciary Committee (7-3) on its way to passage by the full House with a bipartisan majority (120-33) on April 16. It passed the Senate Judiciary Committee (6-0, 1 absent) on Apr. 29 but again failed to get a floor vote in that chamber. Sen. Wieland introduced companion bill SB 562 on Mar. 2.

Legislative Efforts 2014: HB 1488, a bill to preserve fundamental parental rights in statutory law, was introduced by Rep. Bahr and Sen. Ed Emery. It passed the House for the second straight term, but again failed to pass the Senate.

Legislative Efforts 2013: Rep. Kurt Bahr and Sen. Ed Emory introduced a parental rights statute, HB513. It passed the House (122-22) and the Senate committee, but the session ended before a senate floor vote could be taken.

The Missouri Supreme Court has interpreted Troxel to mean that parental rights are not entitled to protection under the strict scrutiny standard.