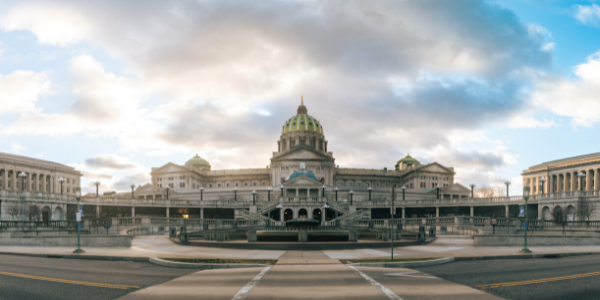 The month of February marks the 15-year anniversary of ParentalRights.org. Because of you and your generosity—with financial support, grassroots action, volunteering, calling or emailing your state and federal legislators, and more—we as an organization can celebrate 15 years of protecting children by empowering parents.

It’s been a team effort, and we’re just getting started.

Over the month of February, we’ll be marking the milestone. But the best way we can mark our 15th anniversary is by doing even more to fight for and defend the right of loving parents to raise, educate, and nurture their children.

And that’s what we’ve been doing. January has been one of our busiest months ever.

At the federal level, we worked with US Senator James Lankford (OK) on a resolution that he released for National School Choice Week. We applaud Senator Lankford for his leadership for school choice and parental rights in education.

We sent letters of support to state legislators in three states that introduced legislation to protect parents from facing child neglect investigations simply for allowing their children to have reasonable independence: Colorado, Nebraska, and South Carolina. We’re joined in this effort by organizations across the political spectrum, including Lenore Skenazy’s fantastic organization, Let Grow.

We sent a letter of support to state legislators in New Hampshire who introduced legislation to change reporting of abuse or neglect from anonymous to confidential, to protect innocent families from unnecessary and potentially traumatic government investigations.

We are working with the ACLU of Pennsylvania to oppose a dangerous bill that will threaten Pennsylvania parents with involuntary drug or alcohol testing in the course of certain abuse or neglect investigations.

We are opposing a dangerous bill in West Virginia that removes current protections for parents from state law in the context of grandparent-visitation controversies.

We stood up for the right of private educational institutions to be free of government mandates by sending a letter to a legislator in Ohio who introduced a curriculum transparency bill that would have applied to private and homeschools. And our Parental Rights Foundation joined with a coalition of organizations from across the political spectrum in urging the State of Texas to rescind guidelines that make it harder for families to have support during abuse or neglect investigations.

Yes, we’re excited about our 15th anniversary. But the stakes are just too high to rest on our laurels. We’re just getting started. And from the bottom of my heart, thank you for standing with us as we work to protect children by empowering parents.