One hundred and forty-eight days. Imagine if that’s how long the government kept your child from you, without any evidence or justification.

It sounds like a nightmare, but it was a reality for Georgia mom Amy Spencer. And she is not alone.

Too many American families are facing similarly devastating situations. My office hears from parents all the time who have had their children ripped away and their rights trampled on and ignored. That’s what happens when the state workers think they can do a better job of raising your kids than you can. But this is why your continued partnership with us is so critically important. Because of you, ParentalRights.org is able to provide a light in the darkness for parents like these. Through legislation such as the Parental Rights Amendment and state statutes that protect your rights, we are working to stop the erosion of your role as a parent.

Because the fact is, if no one fights back against the injustices we hear about every day, the government will continue to encroach on your rights.

But with your help, we are fighting back.

Through the Parental Rights Foundation, we recently filed suit on behalf of several Georgia families (including Amy Spencer) who suffered inexcusable abuse at the hands of government officials, officials who claimed to act in the best interest of the children involved. The defendants in that case have filed a motion to have the court dismiss it; we are waiting on the judge to make a decision, praying we will get to go to trial.

That lawsuit is about justice for these families, but their case also highlights why ParentalRights.org must keep working to pass the Parental Rights Amendment. 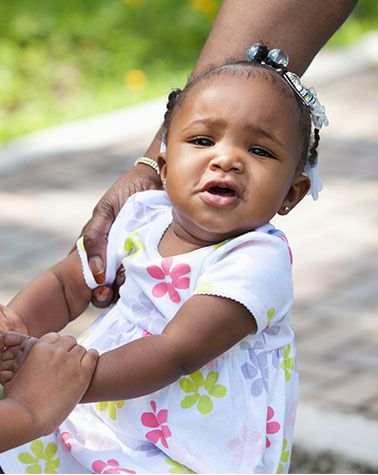 “The Georgia Nine” Case
You may remember when we told you about Tobias, the dad who called us after his kids and those of several of his fellow church members were unjustly taken by the government. The “Georgia Nine” case is a story filled with corruption, invasive investigations, and abuse. Nine parents and their 14 children will never be the same because of what was done to them.

While these families made an emergency stop in Mississippi on their way home from a church conference, several of the kids took advantage of the down-time to raise money for their church dance team. That’s when over-zealous social worker Philana Harrell accused the families of “child trafficking.”

One false allegation. That’s all it took for the government to change these families’ lives forever.

Harrell insisted that the parents must provide proof that these children were actually theirs before they could have them back. First, this meant that they needed to show photo ID’s and birth certificates. But by the time one couple had driven all the way home to Atlanta to retrieve these and made it back to the police station in Mississippi, Harrell had decided that was no longer good enough.

Most of us would not think twice about traveling with our children from one state to another with no more identification than our driver’s license. But can you imagine being told that finger printing and a background check were required to prove that your children actually are your children? That’s exactly what Harrell had the audacity to demand of these families under color of law.

In the meantime, Harrell and her colleagues caused direct trauma to the children by separating them from their own moms and dads and putting them into foster families, some of which proved to be abusive. Is that the mark of a government that acts in the best interests of children?

Months of invasive and traumatizing investigations followed. These families did everything that was asked of them — over and over again! — yet the Department of Human Services employees kept changing the requirements and continued to refuse to return the children!

It wasn’t until almost 5 months after that church trip that all of the children were finally back home with their parents.

At no point were the parents charged with any crime. There were no allegations of abuse or neglect (except that original, baseless accusation of “child trafficking”). In fact, there was no evidence of any wrongdoing whatsoever. Just one child services investigator who, armed with the power of the government, decided she knew what was best for these children.

“It makes our children [feel] as if we couldn’t protect them,” one of the parents stated in an interview with ParentalRights.org. “Our children should always see us as Superman or Superwoman, and they took that from us that day.” Fighting to Fix the Unjust System
Although I can’t turn back the clock and save these families from the ordeal that they went through, we can fight to make sure this doesn’t happen to any other families.

Because you and I both know that this tremendous abuse of parental rights is utterly unacceptable.

It’s heartbreaking to know that every day there are American families who have to fight for the right to raise their children. The “Georgia Nine” case is just one of many where the government assumes that it can do a better job of raising children than their own parents can.

Sometimes it’s a medical disagreement like in the cases of Isaiah Rider or Justina Pelletier, whose parents disagreed with one hospital’s diagnosis of their child and suddenly found themselves on the outside looking in regarding medical care and even custody. Sometimes it’s an abuse of our already troubled system, as in the case of Tori Harper of Tennessee, who called in a concern for her child and suddenly found herself the prime target of the investigation. We continually see families paying the price for a system that doesn’t respect a parent’s vital role.

But we are fighting to fix this unjust system. With the Parental Rights Amendment, state agents and judges would be obligated to recognize your fundamental right to decide and to act on what you believe is in the best interests of your child. With your dedicated support, ParentalRights.org is making sure that the law is on your side.

Last year, the Parental Rights Amendment was introduced in both houses of Congress for the first time since 2014. Now, we’re past the halfway point for this session and pushing harder than ever to move the Amendment forward. The clock is ticking!

Already this year we’ve seen growing congressional support, our online presence has increased, and we are moving towards passing more state parental rights statutes and resolutions. We’re also fighting government overreach in a wide range of areas, in a variety of states. And we’re supporting an effort by our friends at National Federation of the Blind to preserve the rights of parents with disabilities in state laws across the country. All of this is only possible because of your continued willingness to stand with us. Can You Help Us Finish Our Fiscal Year Strong?

March is the end of our fiscal year, and in order to keep up the momentum, I am counting on your generous support once more. We must finish this year strong in order to move forward in the next.

Every court case that undermines the fundamental right to be a parent is a blow against all parents. What happened to the “Georgia Nine” could have happened to anyone, even you.

But we can prevent this erosion of your rights! Each gift to ParentalRights.org will be used in the battle to pass the Amendment and secure your fundamental rights.

Please help ParentalRights.org take advantage of the great opportunity we have to bring our campaign to the next level in Congress. Your generous donation before March 31st will help us close our fiscal year strong and be ready for the year ahead.

Thank you for continuing to help protect children by empowering parents!

P.S. When it comes to parental rights, there is a legal presumption that parents act in the best interests of their children. But our current system often assumes the exact opposite. The past generosity of donors just like you is what has made this movement strong. That’s why I’m counting on you to make a generous donation today, before the end of our fiscal year on March 31st. Please act now—you can make all the difference in the world.