Editor's note: The email version of this article said "It's time to call Congress." That was an error; instead, it is time for Resolutionary volunteers to contact state lawmakers. Read on for details.

It may take some time for the dust to settle on the 2018 mid-term elections, as some races are still too close to call this morning, but a few things are clear even this early. Here are six big takeaways regarding the election and your parental rights. (If you’re short on time, be sure you at least read #4.)

In the early weeks, we connected with new and existing volunteers to plan PRA resolutions in their states. We sent model resolution language for each state legislature to consider in the coming session.

But we couldn’t effectively get the model language to lawmakers until we knew which ones will take office and which ones have been voted out. As of this morning, those questions are answered; we can move forward once again. 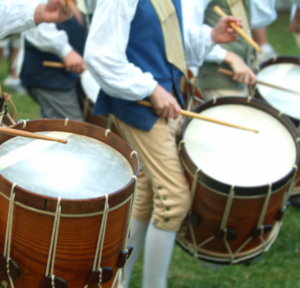 If you are one of those Resolutionary volunteers and you’ve been waiting to approach your lawmakers, now is the time to contact your own state senator or assemblyman/ representative and ask them if they will sponsor the resolution or can recommend someone who will. Consider the make-up of your legislature, whether it makes more sense to seek a Republican or Democrat to lead the charge, because parental rights is not a partisan issue!

If you are not yet a volunteer but would like to take an active role in your state, email Michael@parentalrights.org with the subject line “Resolutionary” and I will help you get plugged in. (If I get a lot of responses, it may take me a little while to get back to you; I appreciate your patience.)

To sum up, our plan all along has been to introduce the Parental Rights Amendment early in the 2019 Congress, and to introduce PRA resolutions in as many states as possible at the same time. Nothing in yesterday’s election results has changed our plans one bit. But removing the uncertainty lets us move forward today.

As we now look ahead to January, we are ready to go full speed ahead into this next great chapter to preserve your parental rights. Thank you for standing with us!

P.S. A special opportunity to support our effort is coming on #GivingTuesday, November 27. Watch for details in future emails and on our social media!