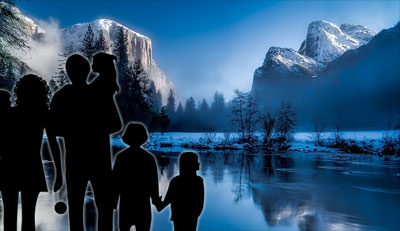 We were steps from the finish line, yet it suddenly appeared victory would be snatched from our grasp. The fate of House Bill 153 on Parental Rights in the Wyoming Senate came down to the last minute, and tested our ability – your ability – to respond quickly.

The drama began Thursday, February 23, when volunteer State Coordinator Jan Loftus alerted us that time was running out: Rep. Mark Jennings had expertly guided House bill 153 to passage in the Wyoming House, 50-7, in January. But if it wasn’t placed on the Senate calendar by the next day (Feb. 24), there wouldn’t be time for it to pass. So we alerted our Wyoming supporters, who contacted the senators in charge of scheduling and urged them to hear the bill. Rep. Jennings and some of his colleagues reached out as well. By Thursday night, the bill was scheduled for first read on Friday.

Friday morning I had the privilege of speaking with Sen. Kinskey, who would speak for the bill in the Senate. We discussed areas of pushback he could anticipate, such as a clear understanding of the Troxel Supreme Court case that makes a bill like this necessary.

Friday afternoon, after a floor debate that included support from Sen. Anthony Bouchard and the answers we’d worked out with Sen. Kinskey, the bill passed on first reading by a vote of 17-10. It looked like a victory, but it would not pass final (3rd) reading if the Senate remained split. Changes would have to be made by the next session day – and now it was Friday night.

The weekend involved emails between ParentalRights.org and our contacts in Wyoming. How could we respond to those who feared parents suing schools over curriculum? Would this harm Wyoming’s grandparent visitation law? Could this or that be amended or cut?

Finally, 2nd reading on Monday saw an amended version of HB 153 that would satisfy most of the senators who had concerns, without hurting the purpose of the measure. The aim of HB 153 – to secure parental rights as fundamental rights protected by strict judicial scrutiny – remained within reach. And it passed 2nd reading. We were one step away from victory!

Then came the last-second plot twist. Tuesday, 11:40 a.m. Eastern Time (9:40 a.m. in Wyoming) we got word that an amendment would be proposed to strip out “Section B” of the bill – the section containing strict scrutiny protection.

We had to get pressure on senators to reject the amendment. HB 153 without Section B would serve no purpose at all. But it was already too late; the session would start in 20 minutes.

We knew Sen. Kinskey would stand firm to protect the purpose of the bill. And Sen. Bouchard knew (he asked, so we told him) that if the bill lost Section B, we saw no reason to pass it. So he, too, would stand against the effort to change it.

But where would the support they needed come from? There was no way to get the message out in time, so we sent it anyway and hoped for a miracle.

Then we got one.

Bills up for 2nd and 3rd reading are generally taken up before lunchtime, but that day things moved slowly. And since HB 153 was the only contested bill up for 3rd reading, it was shoved to the bottom of the pile.

That means senators broke for lunch – and got to hear from their constituents – before the bill came up for discussion.

We don’t know how many emails the senators received. We do know that the threatened amendment was brought to the floor Tuesday afternoon and failed, 9 in favor to 21 against. Then HB 153, with strict scrutiny still intact, received its final Senate vote and passed 25 to 5.

Wyoming’s parental rights bill is not law yet. Though the House voted March 1 to concur with the Senate’s amended version by a vote of 53-7, it still awaits the governor’s signature. [Breaking: The governor has scheduled a bill signing for HB 153 on Thursday, March 9, at 1:30 p.m.] But we believe the real moment of decision was Tuesday afternoon.

Wyoming supporters came through and made their voices heard.

We are grateful for the opportunity to work with parental rights heroes like House sponsor Mark Jennings, Senators Kinskey and Bouchard, and each of our Wyoming supporters who called or emailed last week. Together we are able to accomplish great things for the cause of families and parental rights!

I am also grateful for each one of you. When we ask you to email or call, you get the job done. When we need you to alert us to bad bills or help us champion good ones, you rise to the occasion. And your financial support is literally the only means for our survival. Our organization would not exist without you!

So, thank you for standing with us as we champion parental rights in the states and in the U.S. Congress. The prize remains before us; let’s go take it!

Posted in All Nationwide Newsletters, All State Alerts and tagged states, Wyoming
← Action Needed in OklahomaProtecting Parents in the Northeast →