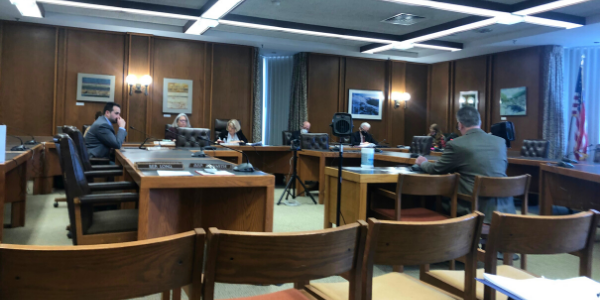 On Tuesday night, parents in San Francisco stunned the nation when they recalled three of their school board members in a landslide. This election result in San Francisco vindicated our argument just a few weeks ago that parental rights are bipartisan.

While ParentalRights.org was not involved in the San Francisco recall, we are proud of our supporters and parents in San Francisco who sent this strong message that our public schools should be focused on providing the best education for our children. And we have had some significant victories ourselves, as well!

First, in South Dakota, our president, Will Estrada, testified last week in favor of House Bill 1246, to protect parental rights as a fundamental right. You can listen to the sponsor of the bill, Representative Sue Peterson, and Will Estrada testify in favor of the bill here, starting at 3:30. The bill passed the House Judiciary Committee unanimously, and on Tuesday passed the South Dakota House of Representatives in overwhelming fashion, 63-5! It now goes to the South Dakota Senate for consideration. We will be working with the sponsor and our friends in the South Dakota Senate to pass it there and send it to South Dakota Governor Kristi Noem for her signature.

Passage of H.B. 1246 into law will make South Dakota the 15th state in the nation to protect parental rights as a fundamental right in state code.

Second, Will Estrada testified this week before New Hampshire’s House Children and Family Law Committee in favor of House Bill 1612, a bill that will change reporting of child abuse and neglect from anonymous to confidential. In addition to Will, Representative James Spillane and numerous New Hampshire parents also testified in favor of the bill. You can read more about the importance of this bill here and listen to our podcast discussing this issue, airing on March 1.

Third, we are working with a coalition of Colorado organizations from across the political spectrum to support House Bill 22-1090, “Reasonable Independence for Children.” This bill will protect innocent families by changing Colorado’s neglect laws to specify that certain parental decisions are not neglect. H.B. 22-1090 unanimously passed out of committee on February 11 and is currently pending on the House floor. Thank you to all of our Colorado supporters who contacted your representatives in support of this important bill!

These victories are just the beginning. It’s because of you and your support that we are able to fight alongside parents all across the nation. Stay tuned for more exciting updates as this “Year of the Parent” legislative season continues!