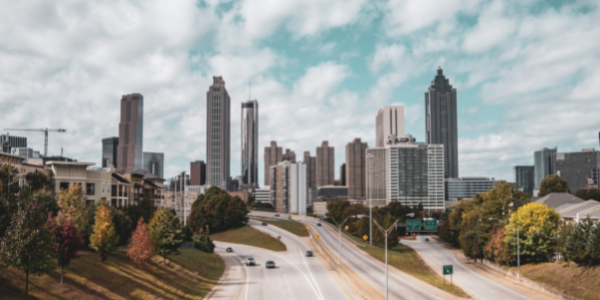 I’ve got Georgia on my mind.

On April 28, Georgia Governor Brian Kemp signed into law House Bill 1178, the Parents’ Bill of Rights. [ParentalRights.org supported this bill with statewide grassroots efforts and this letter of support to lawmakers.]

This is a big deal. In addition to providing Georgia parents with strong legal protections to ensure that they are able to (1) know what their children are learning in public schools and (2) be involved in their children’s education, the Georgia Parents’ Bill of Rights boldly adds the following into Georgia state law:

“No state or local government entity, governing body, or any officer, employee, or agent thereof may infringe on the fundamental right of a parent to direct the upbringing and education of his or her minor child without demonstrating that such action is reasonable and necessary to achieve a compelling state interest and that such action is narrowly tailored and is not otherwise served by less restrictive means.”

Georgia is now the 15th state in the nation to protect parental rights as a fundamental right in state code.

“Fundamental rights” is the legal term in our nation for those God-given rights that are the most precious and that receive the strongest protections by our nation’s laws. And the language in the Georgia Parents’ Bill of Rights about “a compelling state interest” that is “narrowly tailored” and “not otherwise served by less restrictive means” is known in legal circles as “strict scrutiny.” This language ensures that any governmental action that could infringe on the fundamental right of a parent to direct the upbringing and education of his or her child will face “strict scrutiny.” This is a very high bar for the government. An example of government action that would meet this high legal bar is law enforcements’ removal of a child from a home for physical abuse by a caregiver.

The passage into law of the Georgia Parents’ Bill of Rights is significant for another reason: it is a major legislative win for parents who have been ignored by the education establishment. Ever since the COVID-19 pandemic shut down public schools in the spring of 2020 and pulled back the curtain on what children were learning (or not learning), we have seen deepening frustration from parents across the nation. And as parents were ignored by the education establishment, this frustration built. It helped propel Governor Glenn Youngkin to victory in Virginia in November 2021. It led to the ouster of three school board members in deep-blue San Francisco earlier this year. But legislative wins have been elusive.

That started to change when Florida, where ParentalRights.org already helped pass a law in 2021 enshrining “the fundamental rights of a parent to direct the upbringing, education, health care, and mental health of his or her minor child,” built on that success this year by passing H.B. 1557, “Parental Rights in Education.” But even though this was a major win for Florida parents, Florida seemed to be an outlier in heeding the cries by parents who had been ignored by the education establishment. Wisconsin Governor Tony Evers had recently vetoed a bill in Wisconsin that would have also enshrined parental rights as a fundamental right. The South Dakota Senate Judiciary Committee killed a fundamental parental rights bill, even though the bill had earlier passed the South Dakota House of Representatives by a bipartisan vote of 63–5. A fundamental parental rights bill was killed by a Colorado House Committee. Other bills championed by parents were stalled or weakened across the nation.

All of this has come despite the growing evidence that parental rights have wide bipartisan support. For example, a recent NPR/Marist poll showed that Independents, Latinos, and, significantly, households with children under the age of 18 are inclined to vote Republican in wide margins. I don’t think this is necessarily because these individuals now identify as Republicans. But I think it is the Glenn Youngkin effect again: parents are frustrated that their concerns relating to their own children’s education is being ignored. And at this juncture, it appears that only Republican candidates and elected officials are listening to them.

That is why Georgia’s successful passage into law of the Parents’ Bill of Rights was so significant. It shows that Florida is not an outlier. It shows that parents are winning, and that the tide may be turning.

Georgia shows us that elected officials are starting to listen to parents. It shows that parents are winning. And it should remind us, yet again, that parental rights are bipartisan. Elected officials across the political spectrum should sit up, take notice, and support the right of parents in the education of their precious children.

Thank you for standing with us and making victories like this one in Georgia possible!