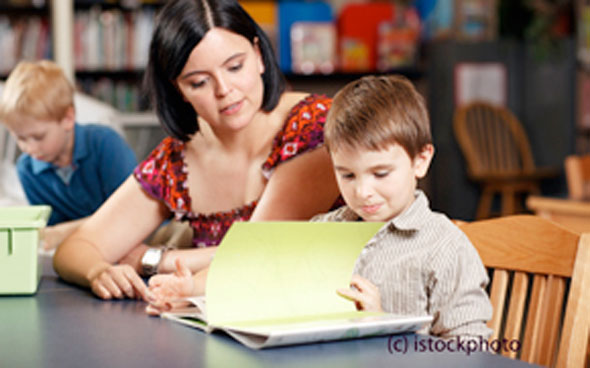 When we were in school, several parents were there on a regular basis helping out in the classroom or the library, chaperoning field trips, or leading special reading or art programs. They were just doing their part to improve our education.

But parents are not allowed in public schools today. Sure, there are those increasingly rare exceptions. But in general, a parent cannot even visit, let alone sit in on a class or become a regular part of the classroom community. And those terrific school districts sprinkled around the country who do still allow parents entrance grant it as a privilege, not as a parental right.

Washington Times columnist Jay Matthews recently lamented this fact in an article called “What’s Wrong with Parents Visiting a School?” Matthews had spoken with two sets of parents, each of whom had asked to sit in on a class with their child, whom they were looking to enroll in the school. In each case – one in Fairfax, VA and the other in Arlington – the answer was a solid, “No.”

That’s not to say schools should open their doors to just anyone. But Matthews’ article highlights the bigger picture – even parents familiar to the school and with children in attendance are being walled out by government regulations and bureaucratic policies.

We have come a long way from the 1986 Department of Education report which asserted – as the first principle in the Classroom section of the report – that “Parental involvement helps children learn more effectively.” And by depriving our schools of the parental presence, these policies have robbed the parents, the teachers, and especially the students of a terrific resource.

So, what if you are that parent and your child is in that school? How can you impact what and how your child learns? The answer is, you can’t.

According to the Supreme Court’s decision in Pierce v. Society of Sisters (1925), citing Meyer v. Nebraska (1923), any government action that “unreasonably interferes with the liberty of parents or guardians to direct the upbringing and education of children under their control” is unconstitutional. That’s the good news.

The bad news is that the Ninth Circuit determined in Fields v. Palmdale (2005) “that the Meyer-Pierce right… does not entitle individual parents to enjoin school boards from providing information the boards determine to be appropriate….” And the current Supreme Court has chosen not to review that court’s decision, leaving it as binding law in the west and as a dangerous precedent for the rest of the country.

So once your child steps onto school grounds, you no longer have a say. You have been effectively “walled out,” and the schools can do and teach whatever they want. Here’s what the court in the Palmdale case decided:

“Parents…have no constitutional right… to prevent a public school from providing its students with whatever information it wishes to provide…when and as the school determines that it is appropriate to do so…. Although the parents are legitimately concerned with the subject of sexuality, there is no constitutional reason to distinguish that concern from any of the countless other moral, religious, or philosophical objections that parents might have to other decisions of the School District – whether those objections regard information concerning guns, violence, the military, gay marriage, racial equality, slavery, the dissection of animals, or the teaching of scientifically-validated theories of the origins of life.”

Will schools continue to wall out all parents as they have in recent years? That remains to be seen. But one thing we already know – we as parents are powerless to stop them, unless we take a stand and demand that traditional parental rights be restored!

We’ll send you more information about parental rights, as well as urgent updates as they come.

Simply share this page to let others know about this critical issue.

3. Donate whatever you can.

Posted in All Nationwide Newsletters and tagged education
← Parents of 50 Million U.S. Children Soon to Lose Parental RightsYour Pediatrician and Your Parental Rights →