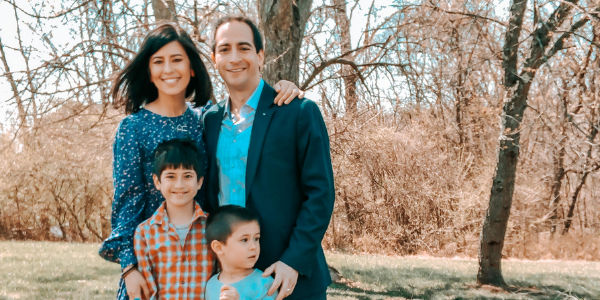 We are pleased to announce that on November 29, 2021, William A. Estrada, Esq., will be joining the Parental Rights Foundation (PRF) and ParentalRights.org as our first-ever full-time president.

ParentalRights.org founder Mike Farris served in a part-time capacity from 2006 until 2017, when he became president and CEO of Alliance Defending Freedom. Jim Mason succeeded him, also part-time, in addition to being Home School Legal Defense Association (HSLDA) vice president. Jim will be joining the PRF board as chairman, and Michael Ramey will continue as executive director.

This is an exciting time of opportunity for the issue of parental rights, for our organization, and, most importantly, for every single one of you who cares so deeply about this issue. All across the country, parents and policy makers are becoming attuned to the issues we care about, especially in the area of education. Now is our moment to be on the leading edge of protecting children by empowering parents all across our nation.

Will served as a legal assistant with HSLDA starting in 2004 while attending Oak Brook School of Law. After he passed the California bar, Will rose to be HSLDA’s director of federal relations. He left in 2018 to work at the US Department of Health and Human Services, where he became a career employee in the Conscience and Religious Freedom Division within the Office for Civil Rights. He is a member of the California Bar, the District of Columbia Bar, and the US Supreme Court bar.

While at HSLDA, Will worked hard to support key initiatives of our organization, such as reforming state child welfare laws and agencies across the country. Reforming that system has been a high priority for Parental Rights, and Will plans to address this issue head-on. While at HSLDA, Will also played a key role in defeating US ratification of a United Nations treaty that threatens parental rights.

Will plans to hit the ground running and will be introducing a model parental rights statute at the American Legislative Exchange Council on December 2. ALEC’s model bills can be adopted by state legislators all across the country.

Will and his wife Rachel live in Northern Virginia with their two sons, Dominic and Merrick. He is excited to be joining Parental Rights and working with Michael Ramey and the rest of the team, the board, and every single one of you who have been with us from the beginning to protect and advance parental rights. He can be reached at Will@ParentalRights.org.