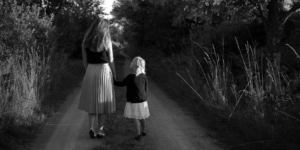 Note: this article was originally published as an email by HSLDA. Late Tuesday night, former Virginia governor and current gubernatorial candidate Terry McAuliffe communicated one of the most radical policies I’ve heard from a mainstream politician in over a decade. When asked why he vetoed a bill requiring parental involvement in school library resource selection,…

We did it! Thanks in part to your support, Virginia law now protects parental rights at the state level.

Affirmed, and Protected Under Statute